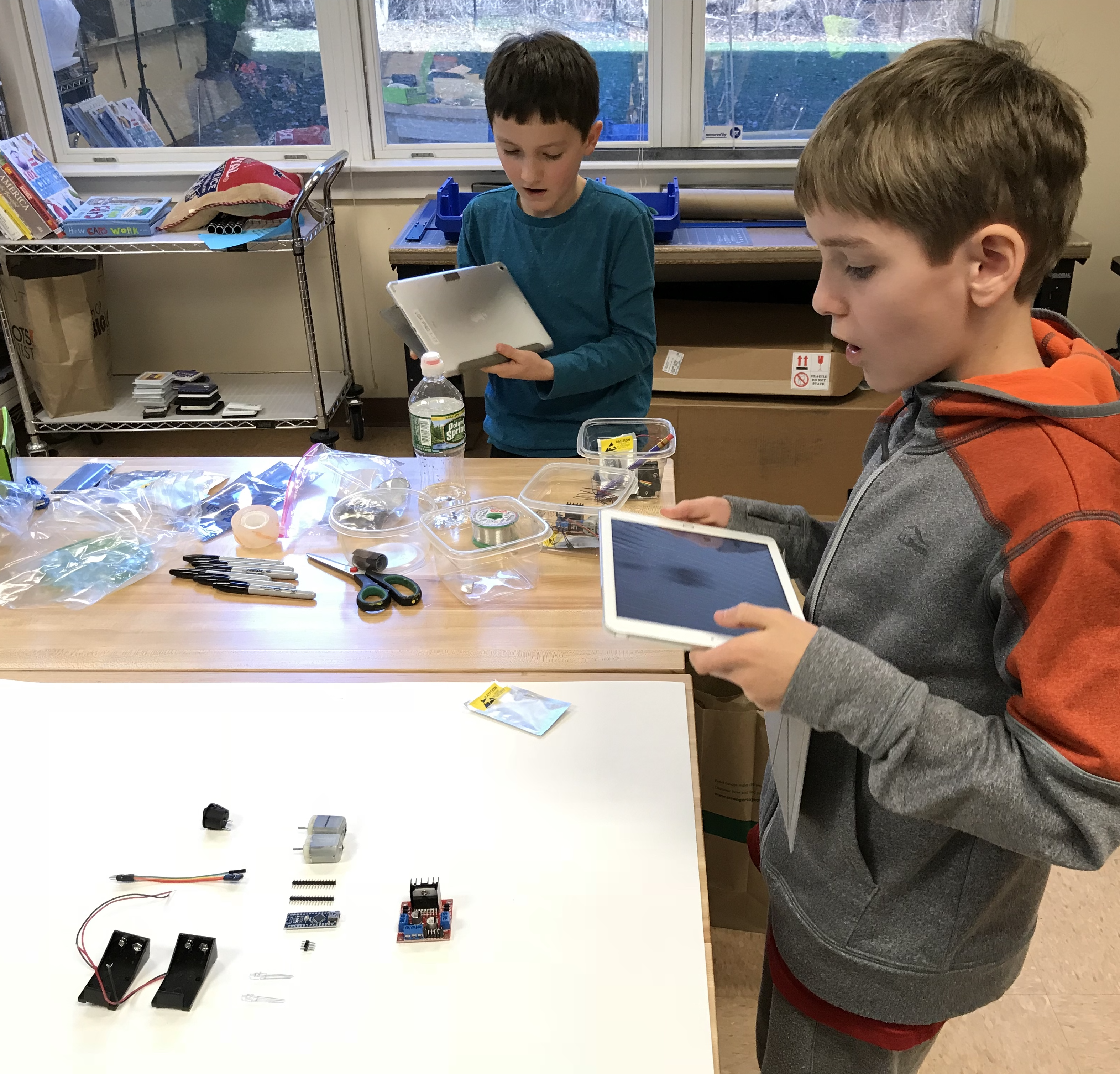 Fourth grade students at the Lander-Grinspoon Academy have embarked on a semester-long Robotics Challenge Project in the school’s Maker Space. Teacher Kerry Mikalchus selected the Arduino based “SpinBot” as the platform for integrating making, science, coding, writing and media development for the students. The “SpinBot” is a modified version of the popular Khan Academy Spider Bot that takes advantage of the GlowForge Laser Printer to reproduce some of the parts needed for the Spin Bot. Students began the project with an introduction to robotics and then proceeded to photograph the various components they will use to build the project. Students are documenting the construction and coding of their robots using Google Apps so they can present their final project via a Google Site. Stay tuned as more information about the Spin Bot will be featured in upcoming Blog posts.